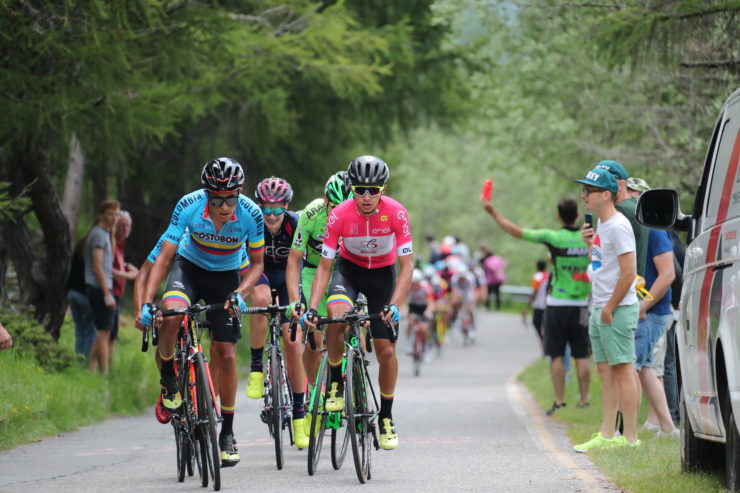 Colombian supremacy in ascent continues in Valtellina in the spectacular 7th stage of the Enel Giro D’Italia Under 23 which began and ended in Aprica. Conquering the stage this time was 1997 born Juan Diego Alba, of Tuta which sits in the department of Boyacá, mere kilometres from where Nairo Quintana comes from.
This may be Alba’s first stage win, but it’s the third consecutive victory for the Seleccion Colombia in this Giro d’Italia Under 23.
Runner up to Alba, the breakaway winner, was Einer Augusto Rubio Reyes (Aran Cucine Vejus) who preceded a trio of followers in the final sprint including Italian Kevin Colleoni (Biesse Carrera) who was the first to surpass both climbs of Mortirolo. The maglia rosa, Andres Camilo Ardila, comes second, increasing his advantage in the rankings over runner up Alessandro Covi (Team Colpack).