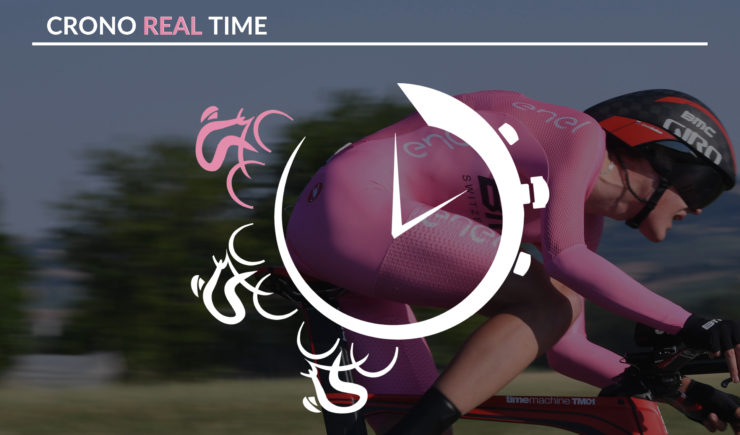 INNOVATION IN CYCLING STARTS FROM THE GIRO D’ITALIA UNDER 23,

The final stage of the Giro d’Italia Under 23, Saturday 16th June, will be a unique event worldwide after the approval, by the UCI, of the format of a «special» time trial suggested by Davide Cassani, the Coordinator of the National Teams. The expectation about the most innovative day for cycling in 2018, that will be broadcasted live on RAI, is growing. The organizers are proud to put forward a novelty that is followed with interest by the professional cycling world.

At the Muro di Ca’ del Poggio a festival with artists will take place and dozens of thousands of people are also exptected.

Yates, Dumoulin, Froome: the Trento-Rovereto individual time trial, immediately following the rest day, is a fundamental turning point for the 2018 Giro d’Italia. The victory of Giro d’Italia Giovani Under 23 also, taking place in less than a month, will be set with an ITT. In this case, it will be a unique event internationally in its own right: on Saturday 16th June everybody’s eyes will be looking at the Muro di Ca’ del Poggio for what is going to be, according to many, the most innovative and experimental day of the season for international cycling.

The «Real Time» Individual Time Trial has been approved by the UCI (International Cycling Union), a totally unprecedented formula for time trials in cycling, that will be experimented in the last stage of the Giro d’Italia Giovani Under 23, scheduled from Thursday 7th to Saturday 16th June 2018 across Emilia-Romagna, Lombardy, Trentino and Veneto.

The most prestigious stage race for the Under 23 athletes will finish with an individual time trial stage with an absolutely innovative format: the GC top contenders are not going to start at fixed intervals, but will kick off according to their placement in the general standing, starting from the GC top contenders, with an interval corresponding to their gap on the GC. In this way, by applying some kind of Gundersen Method borrowed from the combined Nordic race, the first rider who will cross the finish line will certainly be the winner of the Giro d’Italia Giovani Under 23 Enel.

«Essentially there will be a metre-by-metre updated general classification – Davide Cassani, the Coordinator of the cycling National Teams and the conceiver of the new format that will be named after him, said – and according on the arrival at the finish line, we will immediately have the final GC top places of the Giro d’Italia Under 23».

The «Real Time» Individual Time Trial is 22.4 km long and the final 800 m peaks up to 18% gradient on the Muro di Ca’ del Poggio (Treviso), the iconic climb of the Hills of Prosecco, a candidate to become a Unesco World Heritage site. Some of the most representative champions of current and past Italian and international cycling history, such as Vincenzo Nibali and Claudio Chiappucci, have already tried the TT route beforehand. It will be followed with interest also by the professional cycling world: no doubt, the talents in the race are the future of cycling, but the courage to propose and innovate can contribute to the growth of the cycling of the future also.

The innovative format of the «Real Time» Individual Time Trial stirs interest and intrigues the professionals of the field, the athletes, and the cycling fans, ready to experience a Giro d’Italia Giovani Under 23 that represents a new frontier, a sound, alive and constructive reality, at an historical time when innovation is often discussed, but just a few are really performing it.

«In the team we have been discussing about the unprecedented format of the time trial – Simone Bertoletti, Viris L&L Sisal Matchpoint Vigevano Sport Manager – We believe it will be a spectacular novelty and we look at it with curiousity, just like the fans will, because it is something that has never been seen. Sure, it can be a difficult finale to manage: if the gaps of the GC top contenders are small, anything could happen, and the Giro d’Italia Under 23 can be won with a sprint. But I think that the victory will be at stake among 3 or 4 riders at most, as the gaps could be big, since the Giro route is very hard and without any recovery day, especially for us Italians who are not used to stage races. In addition, the strongest foreign teams will be lined up at the start: also abroad the Giro d’Italia Under 23 is considered as one of the most important stage races in the world after the Tour de l’Avenir.»

Along the same line, Antonio Bevilacqua, Team Colpack Team Manager, says «No doubt, the idea of playing off the Giro d’Italia Under 23 with a new formula, which has never been tried before, can be scary. But I emphasize another thing: to participate in this innovative format that involves only the first 10-15 GC top contenders, means to be there to fight for the Giro’s victory. The real challenge is to be able to be so competitive to play it all then, in a race where our athletes will have to fight with the strongest ones in the world, who are more accustomed to participating in well-organized stage races than us Italians.»

The «Real Time» Individual Time Trial will be the occasion for an event that has never been seen so far in the cycling world: Saturday 16th June will be a special day, broadcasted live on RAI and not only for the two-wheel fans.

The expectations for this great event is ever growing – an event where, in the final stage of the Giro d’Italia Giovani Under 23, many artists will be involved for a great open-to-all festival with dozens of thousands people expected at the Muro di Ca’ del Poggio.